We believe it is the Lord's will for His church to support soul-winning, doctrinally sound, missionaries. In the great commission He commanded us to work our local field, our neighboring ones, and then the world. The early church did this through the support of missionaries like Paul and Barnabas.

Each family and work listed below are worthy of prayer and support. If your church is looking to support a work, please consider any of these families.

Brother Tim is a prison revival team coordinator preaching in prisons throughout the United States. 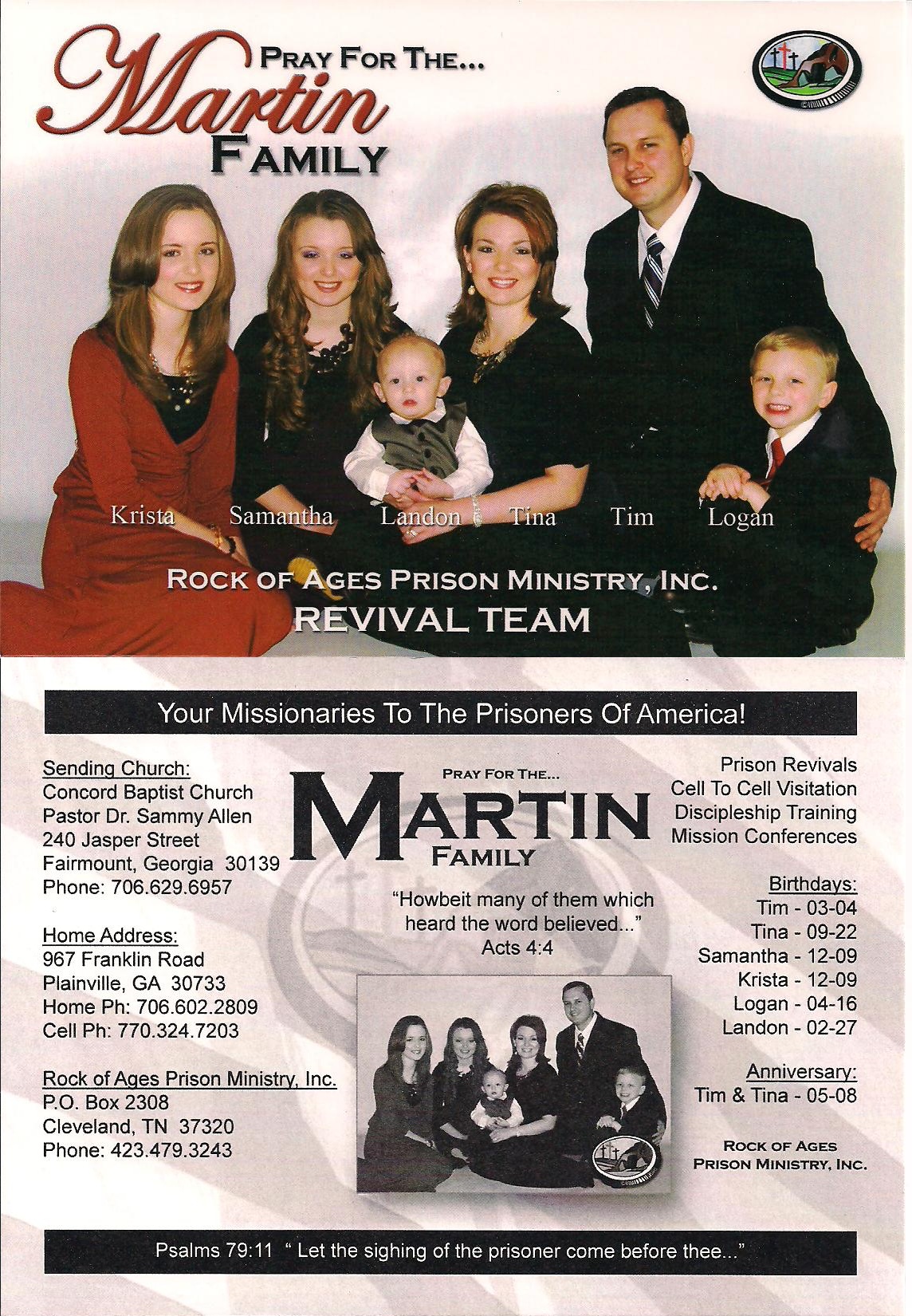 Brother Ricky is working full time in the printing ministry of Rock of Ages. There, millions of tracts, scripture pieces and Bibles are printed each year for use by the ministry around the world. 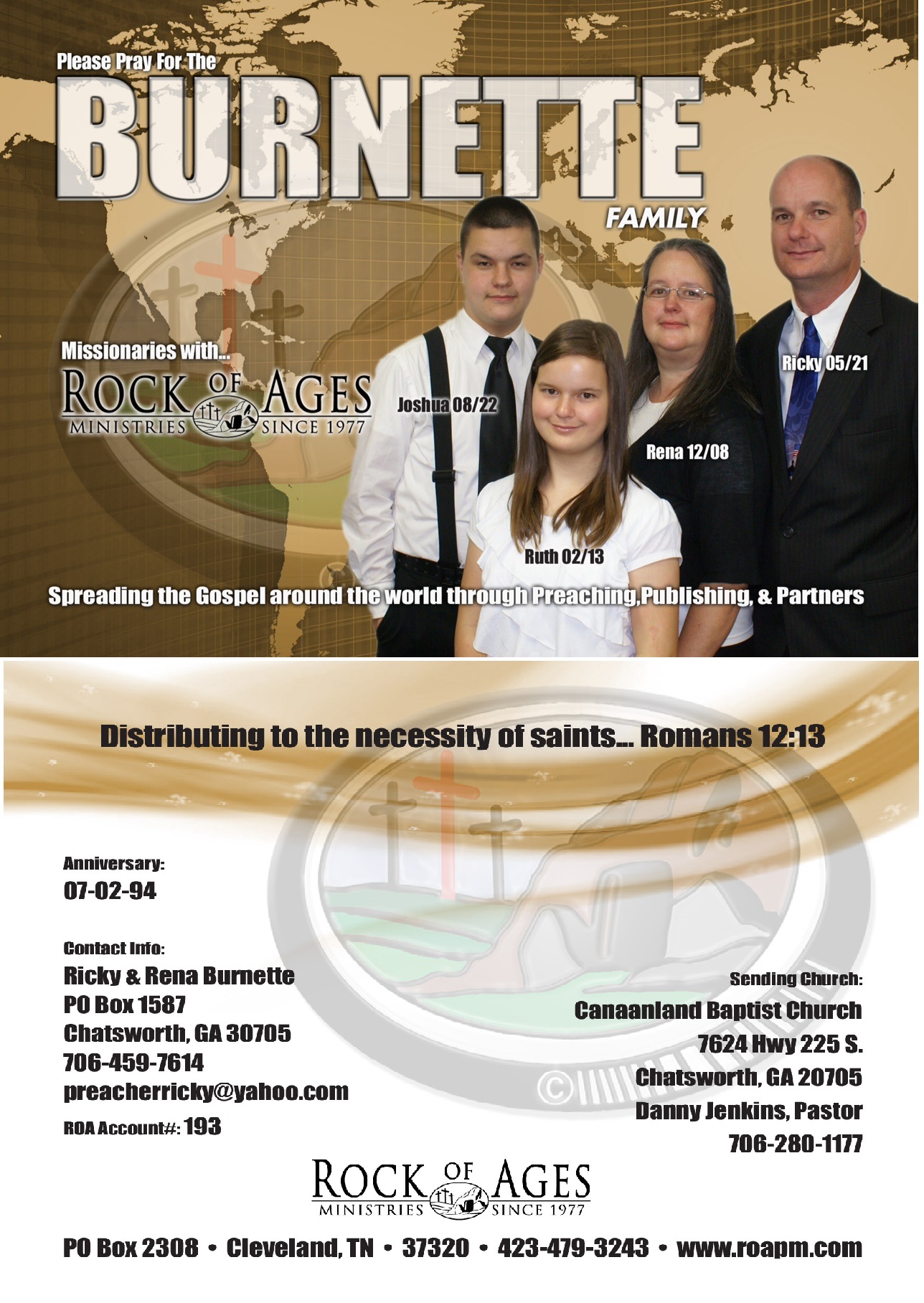 Brother Ricky is the Executive Vice President of the Rock of Ages foreign outreach. In 1991, the Lord opened a wide door and used brother Ricky to take what was a domestic prison work, world wide. The Rock of Ages is now on five continents and has a daily work in the prisons and public schools in Brazil, Ghana, Latvia, Lithuania, Mexico, Romania, Philippines and Ukraine. 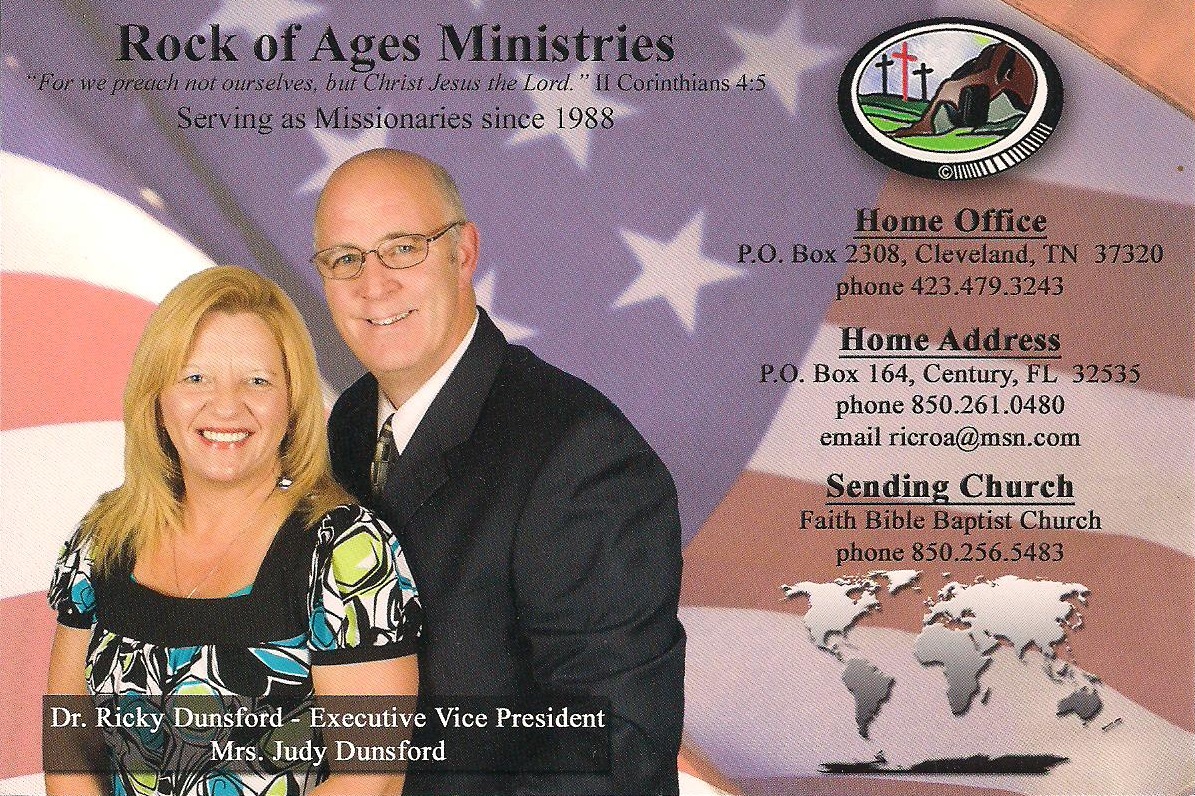 Brother Mircea is a Romanian national preaching in the prisons, schools and distributing the Prisoner's Bible Institute course work. 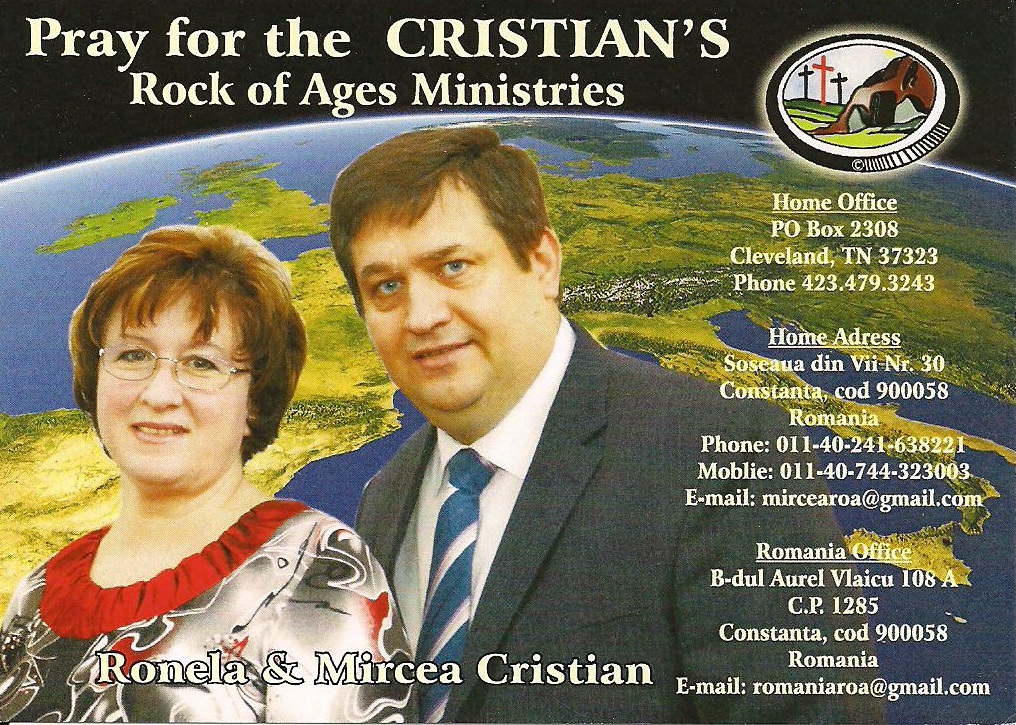 Brother Matthew works with the revival teams in prisons throughout the south eastern United States. 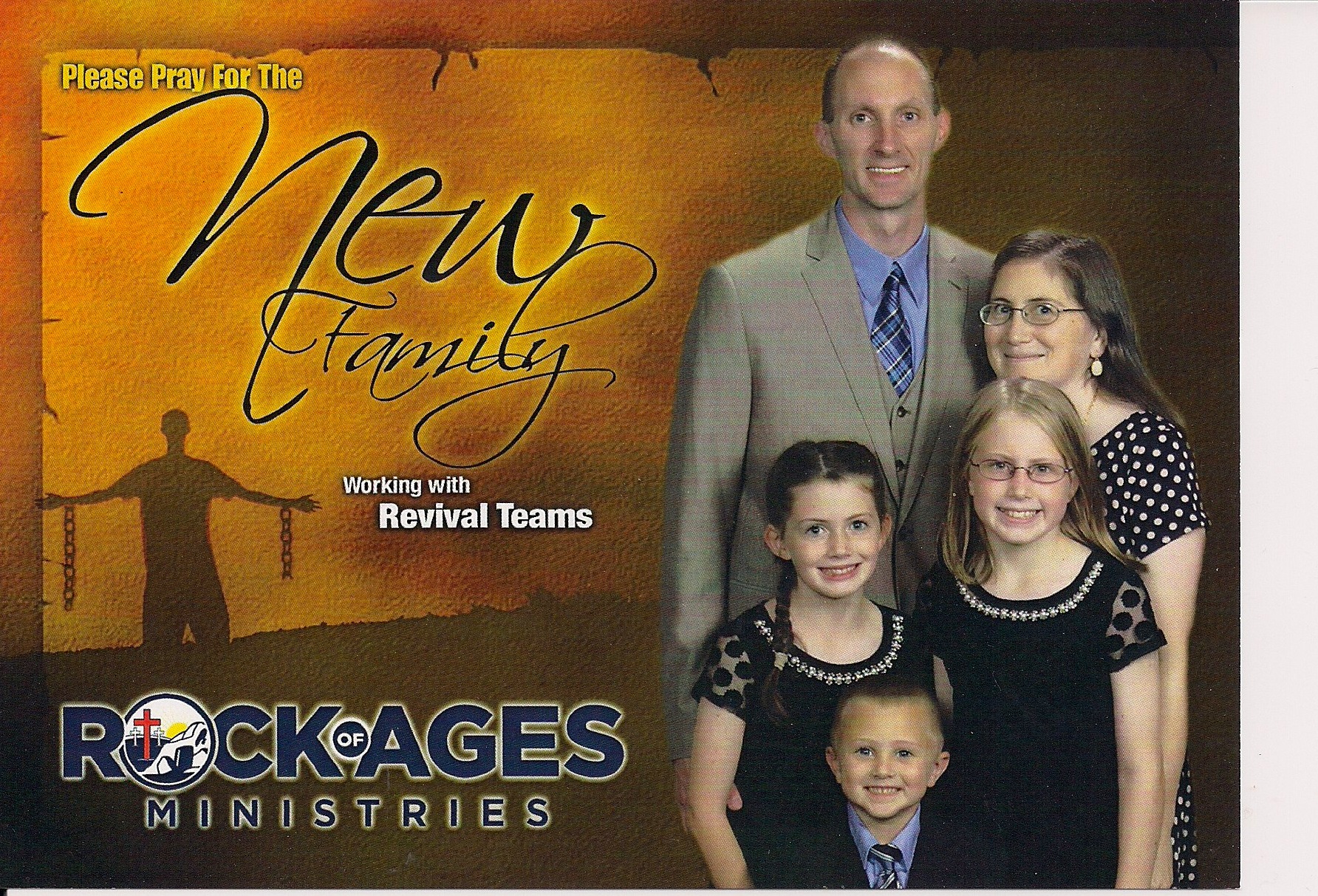 Brother Mark helps to coordinate the international work and preaches in the prisons. 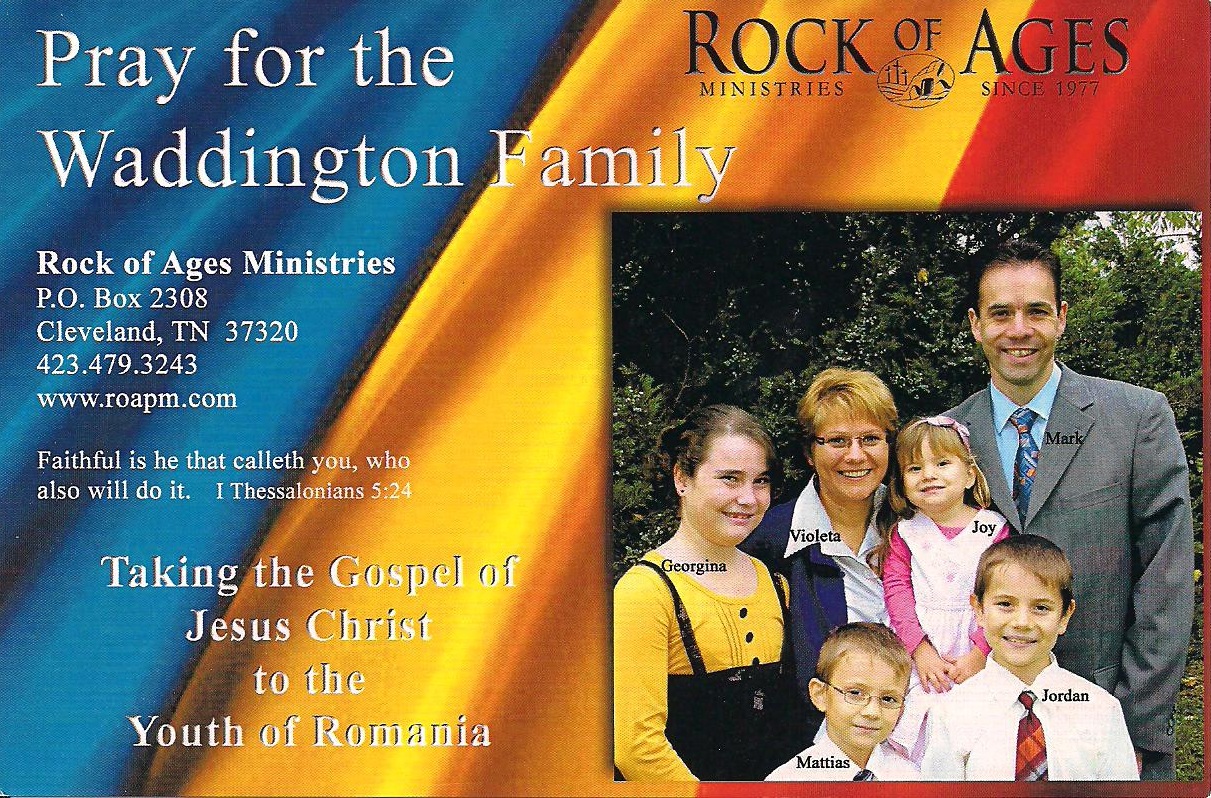 Church planting and evangelism in Australia

Europe was once fertile soil for the gospel but in modern times has become a gospel hardened, full of agnostics and atheists. Brother Keith is planting churches in Austria. 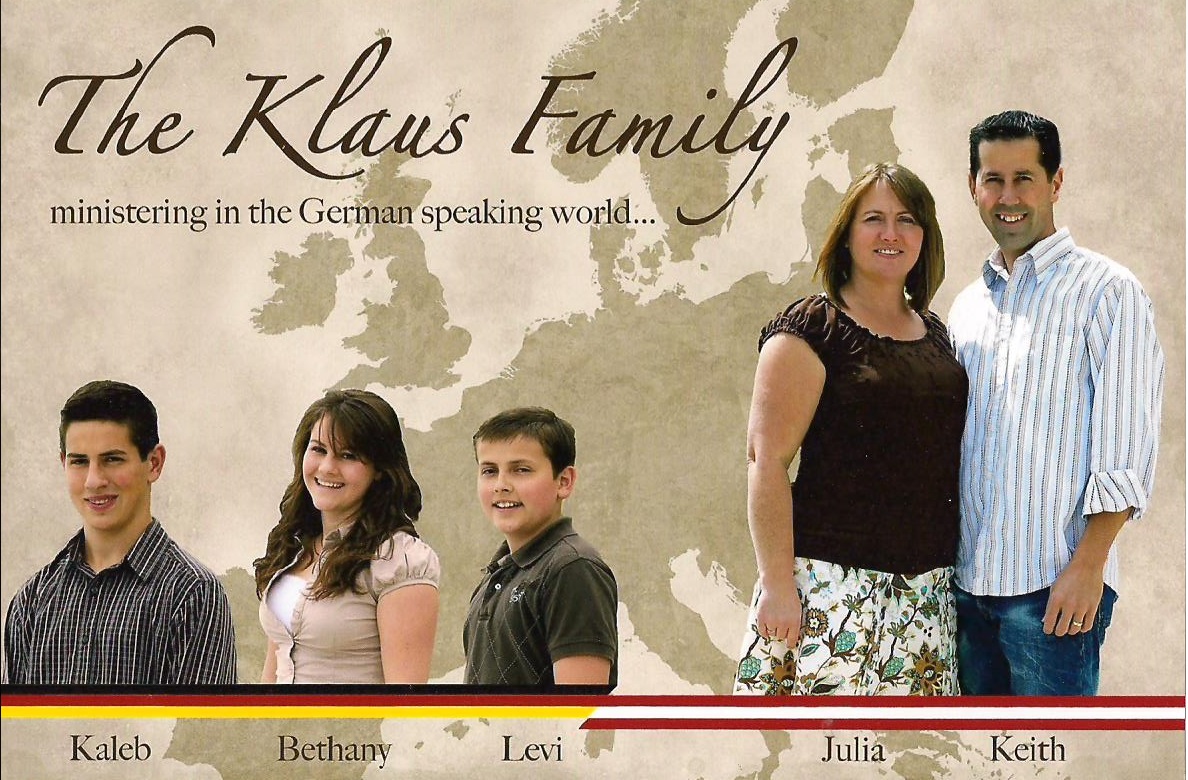 Brother John preaches in prisons in Georgia and Florida. 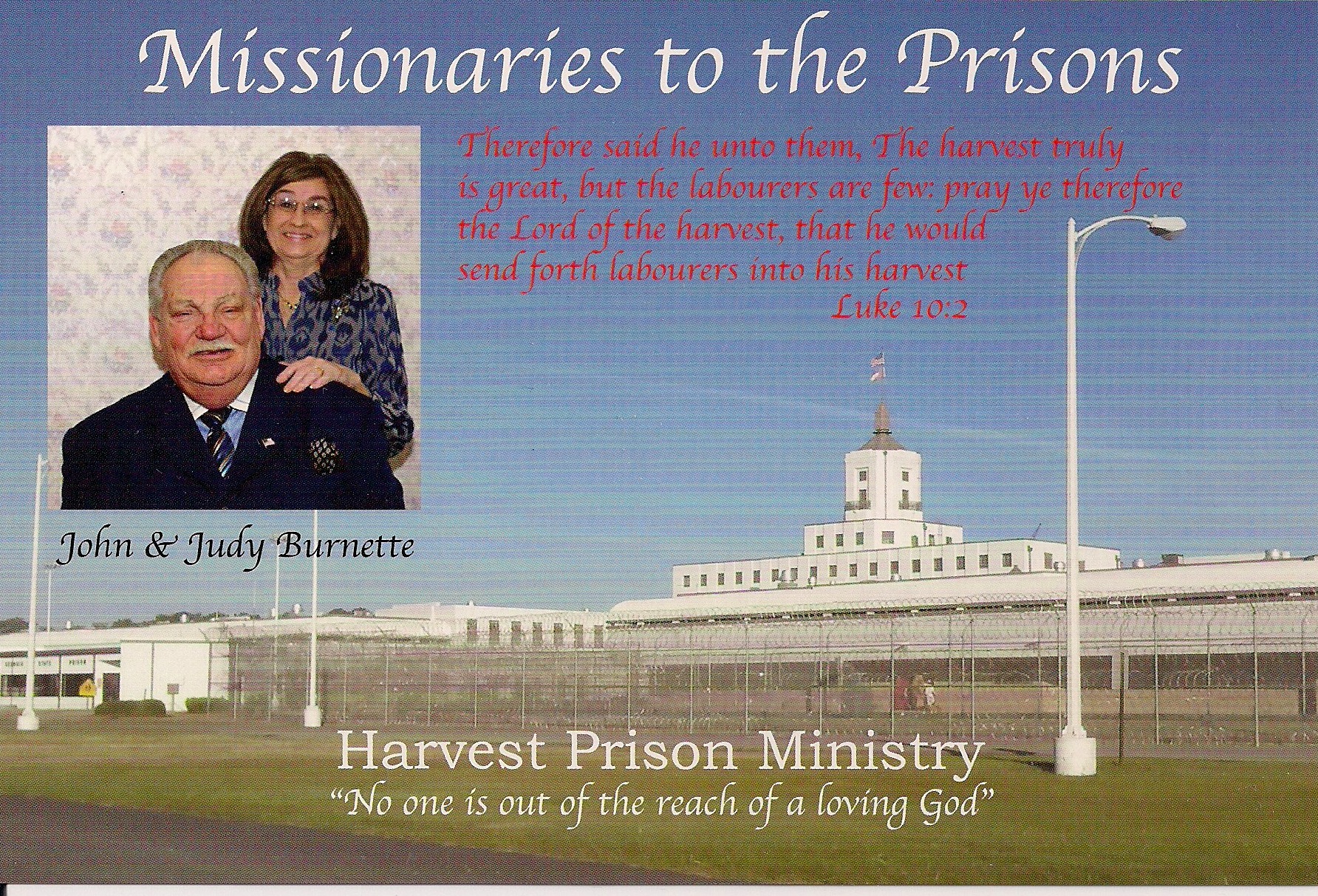 Jeremy, Rebekah, Brayden, Jackson, Olivia, and Michaela Hall: We are Church Planters currently serving in South Africa. We believe the hope of the world is Jesus Christ, and the way He has determined to make Himself known is through the local church. We desire to share the good news of Jesus Christ and what He did on the cross for all mankind to the people of Africa and the entire world. Our desire is to see them come to the saving knowledge of Jesus Christ. Our goal is to train the African people in the Word and the Work of God so that they will be able to train others in the same things. We believe not only are Americans commissioned to go out as missionaries, but every born again believer that is called of God, no matter what nationality or race. 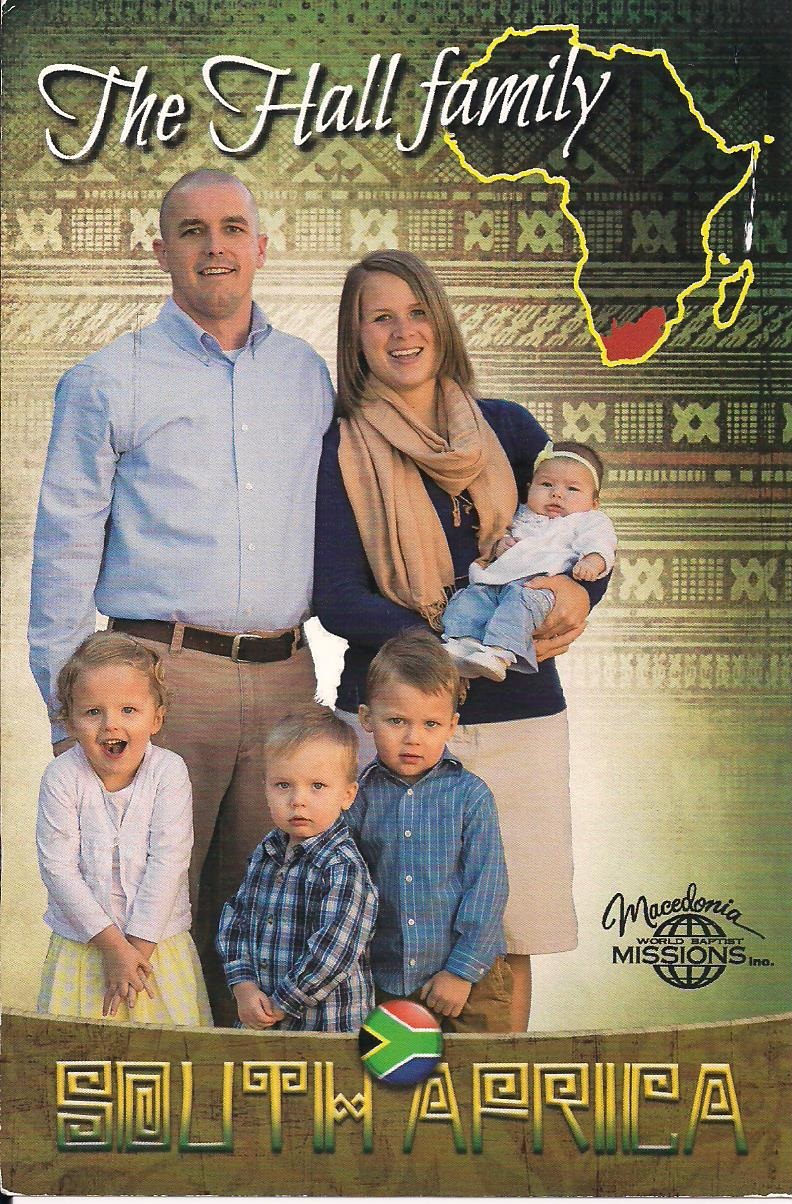 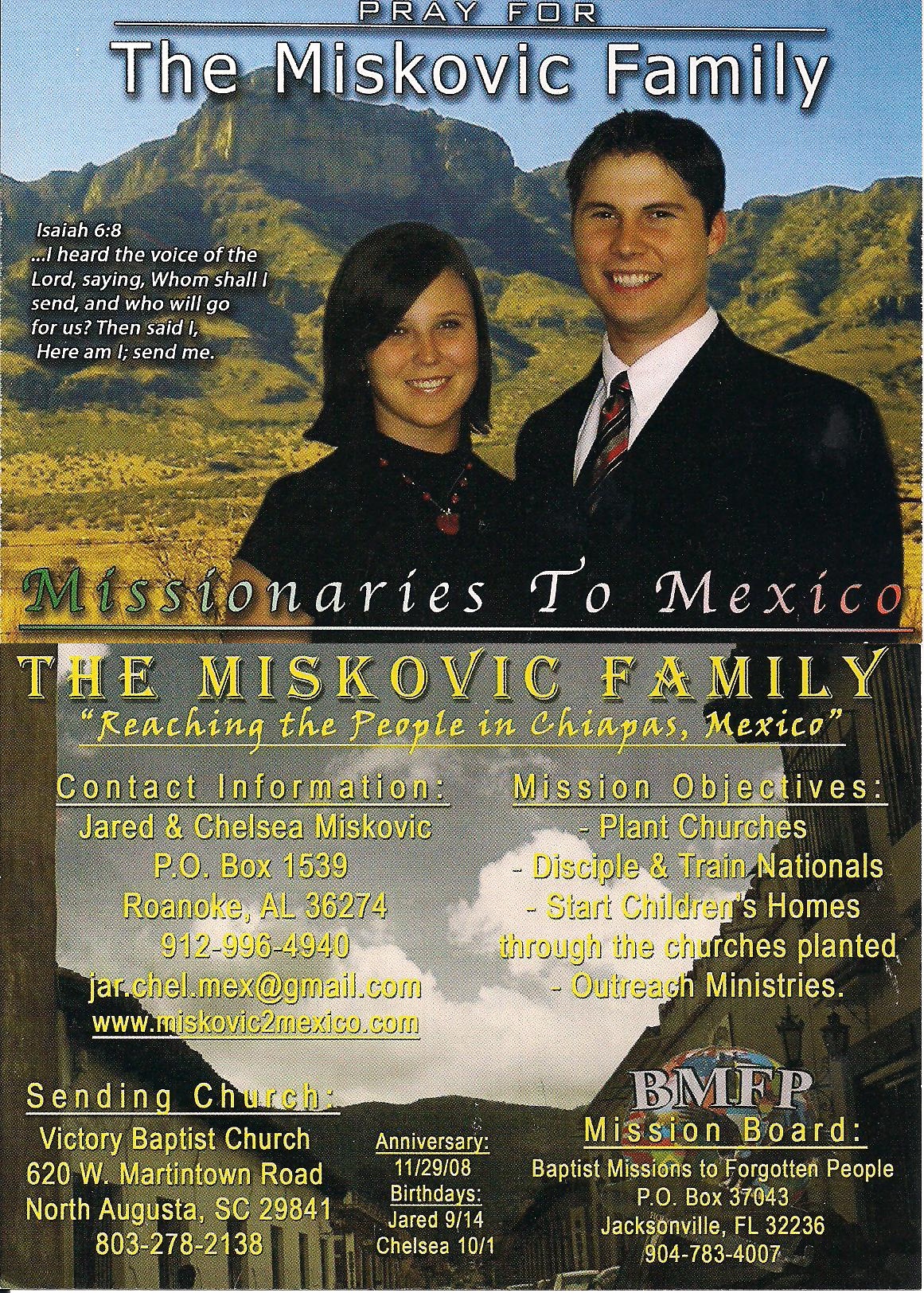 Our goal in Missions:

It is our desire to Glorify our Lord and Savior Jesus Christ through the great commission that has been given to the local Church. We are currently laboring as missionaries among the Native American tribes in Lawton, Ok. It is our desire to see strong, doctrinally sound Baptist churches established among the Indians. We are now involved with a local church plant (Lawton Indian Baptist Church) and fervently engaged in an evangelistic thrust to reach the tribes with the gospel of Jesus Christ. Our hope is that in time the Lord with raise up Native American Pastor’s to take over the work and be able to train (disciple) those that the Lord will add to his Church. We are currently active in Gospel tent meetings, door to door evangelism, VBS, holding meetings in a Native American boarding school, and any other means by which we can reach the lost with the glorious gospel. As well, we are diligently teaching and preaching the Word of God in the pulpit ministry, desirous to see those that are currently attending the church grow in the grace and knowledge of our Lord. Pray for us as we labor in the harvest fields, may the Lord be glorified in the salvation of Native Americans. 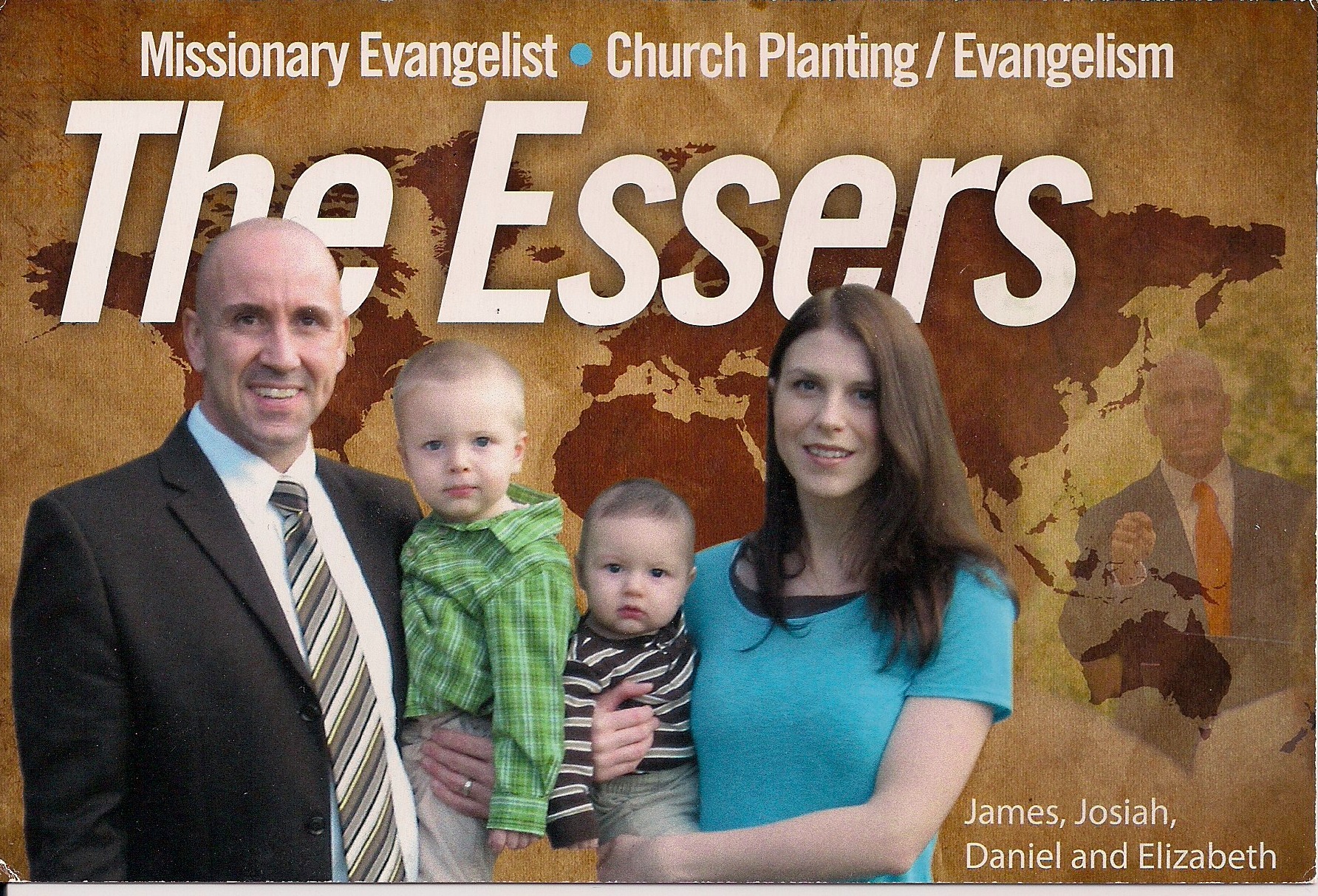 After making a missions trip to Peru in June 2000, God put a burning desire in Don's heart to return with his family to serve as full-time missionaries. The Lord opened the door in August 2001 when they were approved by Central Missionary Clearinghouse (CMC) to serve as missionaries in the country of Peru, South America. They began their deputation in October, 2001.

They arrived in Peru on July 15, 2003, after only 21 months on deputation. God truly blessed our time on deputation by allowing them to see souls saved and lives changed through their ministry.

Their ministry in Peru is to evangelize, establish churches, train teachers and workers in the church, train men of God to continue the work once it is self-supporting, and establish other ministries in South America as God directs.

Their first 20 months were spent in language and cultural training and assisting another missionary in an outlying area of the capital city of Lima.

April 15, 2005, they moved to CAJAMARCA, Peru to start their own works. The city is about a 14 hour drive north of Lima in the Andes Mountains. On August 14, they had their first services in their first church planted in the neighbouring city of Banos del Inca. Since that time, God has blessed with a gift of a piece of property and allowed to build their first building. They are now rent free and moving forward with a vision that God has placed in their hearts. 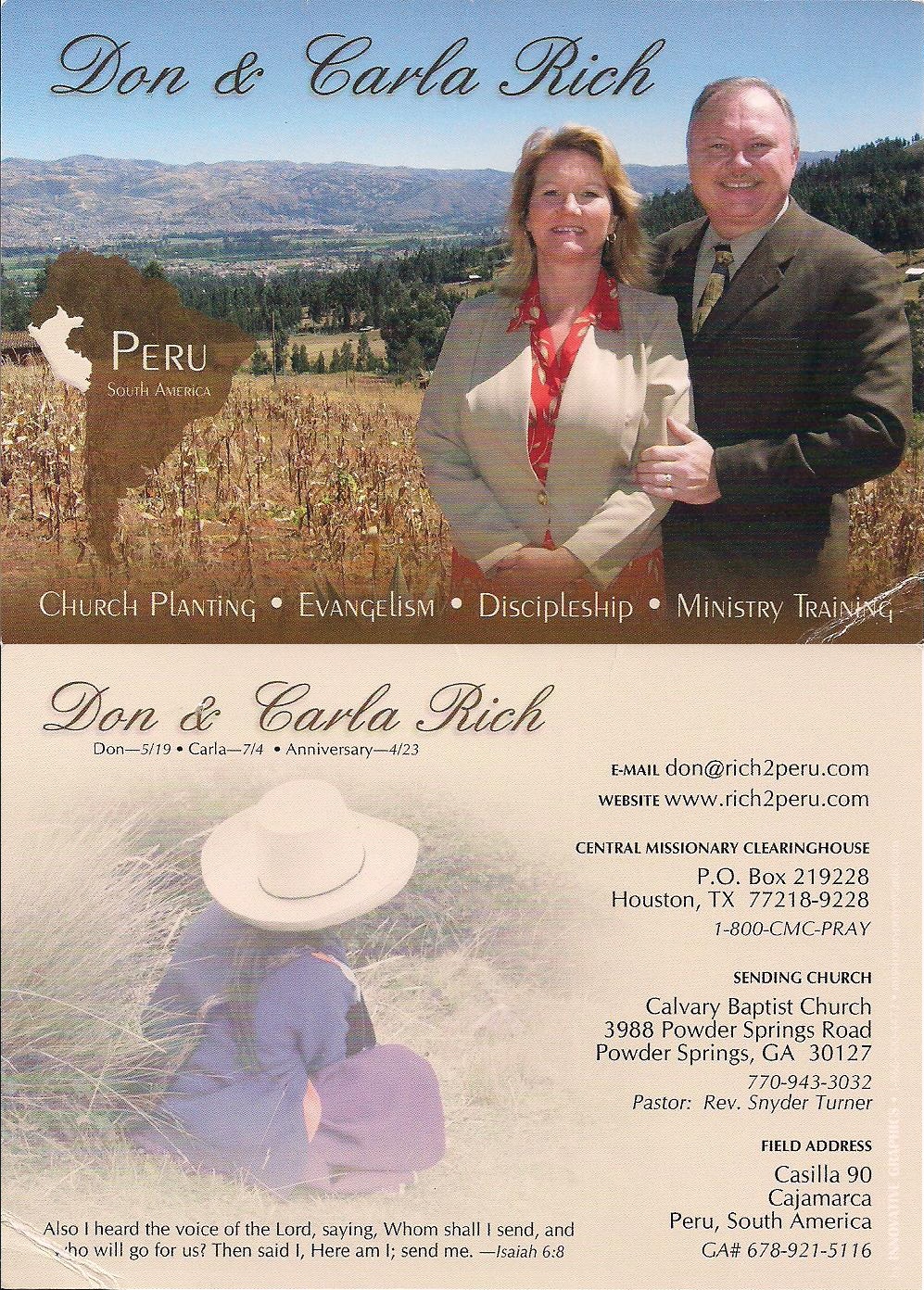 Our Vision
Lamplighter Prison Ministry is called by God to bring light to those that sit in darkness, to open the blind eyes, to exercise the force of righteousness, and to free those chained by wickedness. (Isaiah 42:6 & 7)
Lamplighter Prison Ministry began in 2005 with the vision of going into as many prisons as possible and as often as possible to present the Gospel of Jesus Christ. Brother David George started ministering to those behind prison bars in 1997 at Georgia State Prison. He was in law enforcement for 16 years and now God has put him on the other side. On his first trip, he went to the cemetery where those who die and the family won't take them back are buried. The Holy Spirit moved in his heart to show him many more will die and die without knowing Jesus if the Gospel is not taken to them. Regeneration will change men (2 Cor 5:17) and keep them out of prison. For those who are never released from prison, they are released from the prison of sin if they accept Jesus as their Savior.

Brother David preaches in prisons throughout Georgia, Alabama and Florida. 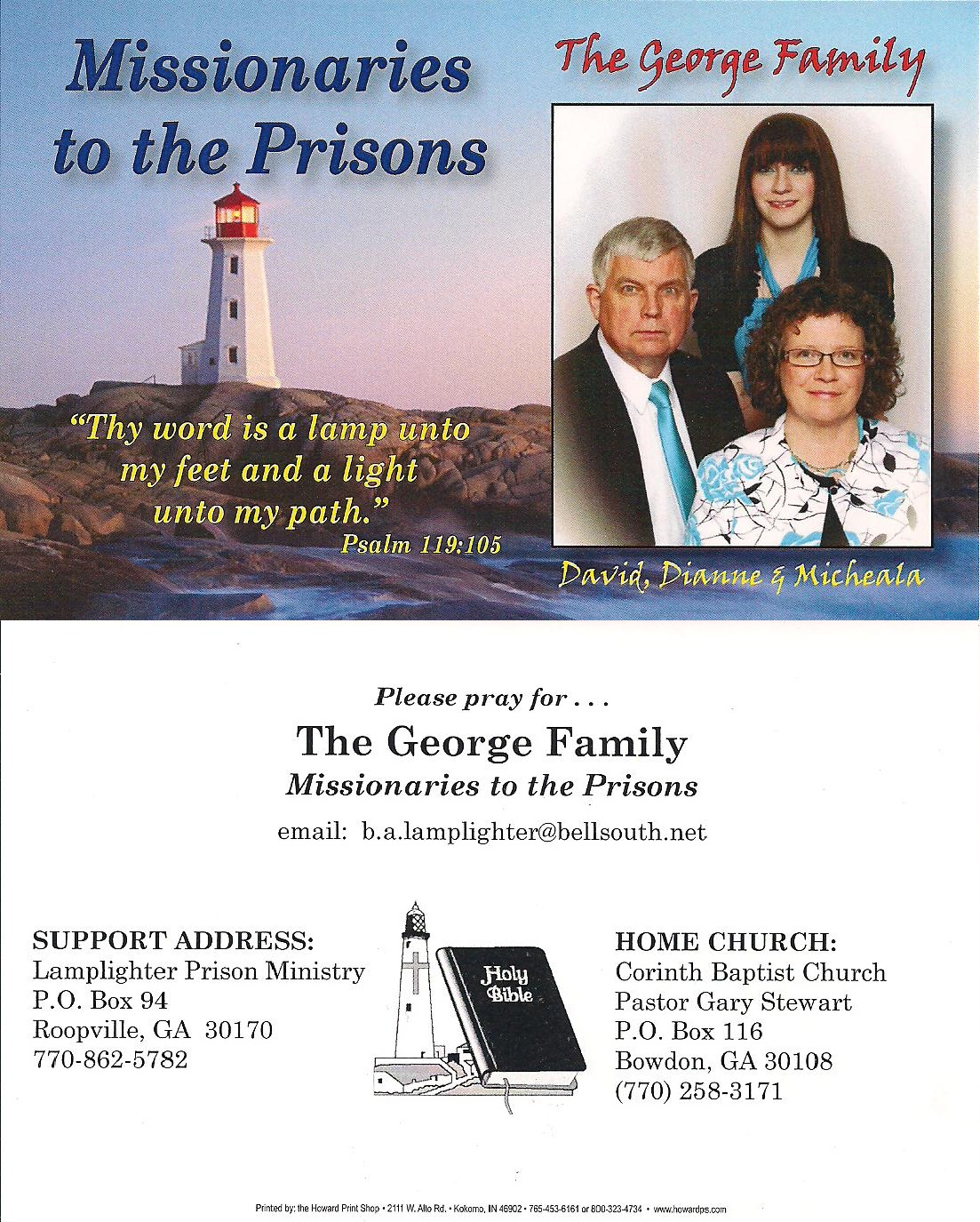 The first vision for a home such as Calvary took place on the streets of Jerusalem, Israel, several years ago while Rev. Ben F. Turner was leading a tour group to Israel. A woman with five small children approached him and offered to sell her baby for ten dollars. When Rev. Turner told her he could not buy the child, she lowered the price to seven dollars, then to five, saying she needed the money to feed her other children. Suffering from malnutrition, each child looked like skeletons with skin merely stretched over them.

That experience continued to live with Rev. Turner until 1965. That year, the Calvary Children's Home moved from a touching experience in Israel to a reality in Smyrna, Georgia. A father and a mother, returning from the grocery store, were involved in an automobile accident. Both were killed, leaving their six children without anyone to care for them. Since it is almost impossible to add six children to an already existing family and budget, the children were separated and placed in four different homes. As they were being separated, Rev. Turner watched as the children were crying - the younger wanting to stay with the older. He realized the tremendous need for them to stay together, especially after losing both parents... "If children can't have the love and guidance of parents, they should at least be able to live together as brothers and sisters. If I could build a home large enough, I could keep all the children of one family together." That was the incident that prompted the building of the Calvary Children's Home.

Since the Home's beginning in 1966, they have had the privilege of offering a home to well over 400 children.